View cart “Mad Pride” has been added to your cart.

In an historic ruling for the LGBT community, the United States Supreme Court struck down Section 3 of the Defense of Marriage Act, which defined marriage for federal purposes as the union between a man and a woman, finding that it violated equal protection and federalism principles.

This does not remove the stigma of gay marriage or of being a lesbian. Young girls need to grow up seeing strong female lesbian role models. TV is bringing more of these characters to life and with time perhaps it won’t just be a law that accept two women loving each other, but it will be a society that does.  Perhaps most encouraging of late is an ABC sitcom called “the Fosters” (http://beta.abcfamily.go.com/shows/the-fosters ) – two women raise one birth child from a previous marriage, two adopted kids and 2 foster kids together.

Be the first to review “Female Couple” Cancel reply 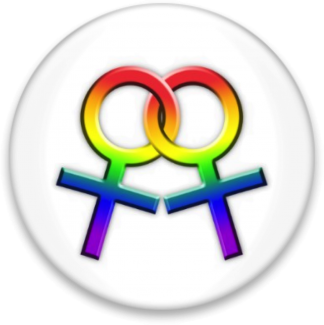