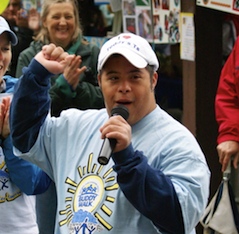 Teddy is 30 years old. I am telling him he is no longer a young adult, but now just a plain old adult. He’s done a tremendous amount of maturing the past few years taking care of his Grandma, but it has also taken a lot of wind out of his sails. I am proud of the man he has become, even though this year has been very challenging for us both. Please wish him a Happy Birthday on his Facebook page /teddyfitzm He loves to get messages on Facebook!

Teddy at 5 months – first photo taken by Mom. I wish I’d taken one sooner, but I had no idea he was going to stay so long. (He arrived one week shy of his 4 month birthday weighing less than 8 pounds.) 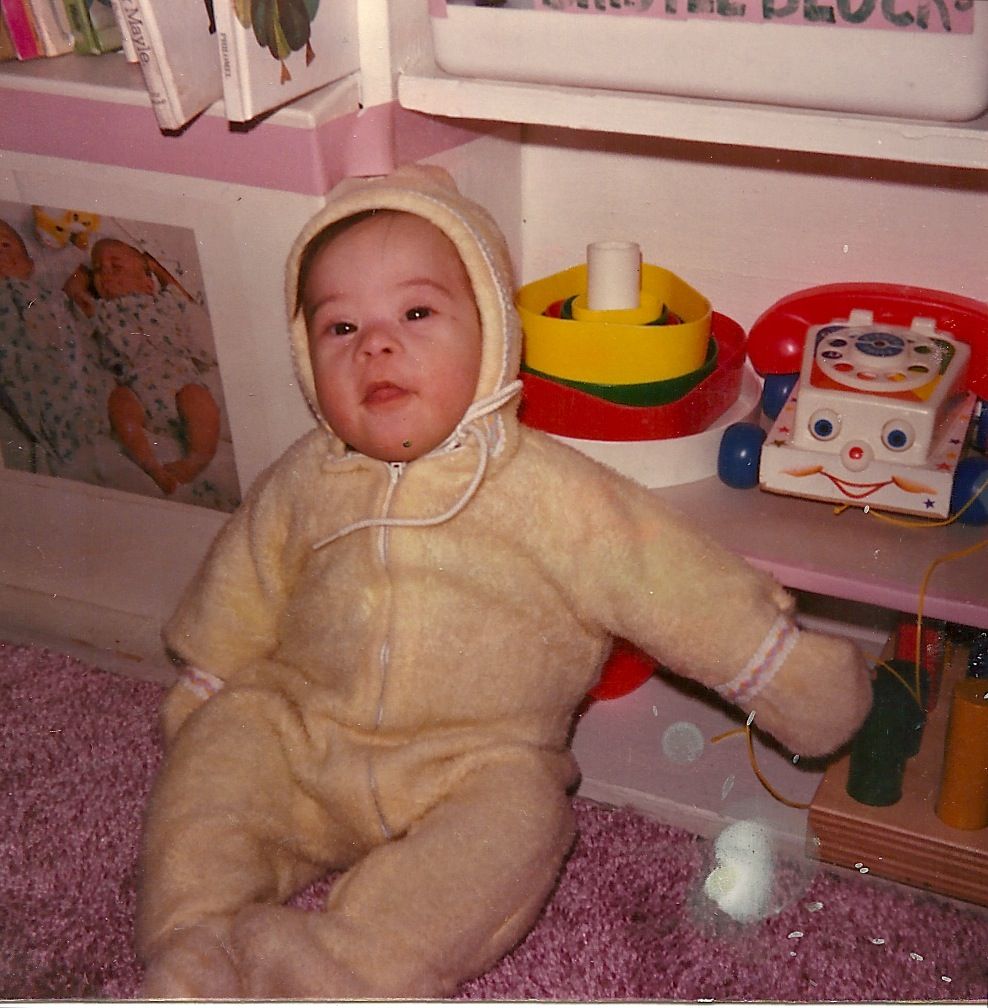 Teddy at 2 – first Day of going to school on the bus without Mom. One day a week without me – longest four hours of my week.

Teddy at age 6 – First Day of INCLUSIVE Kindergarten. BIG Day for Teddy and for Ann Arbor. 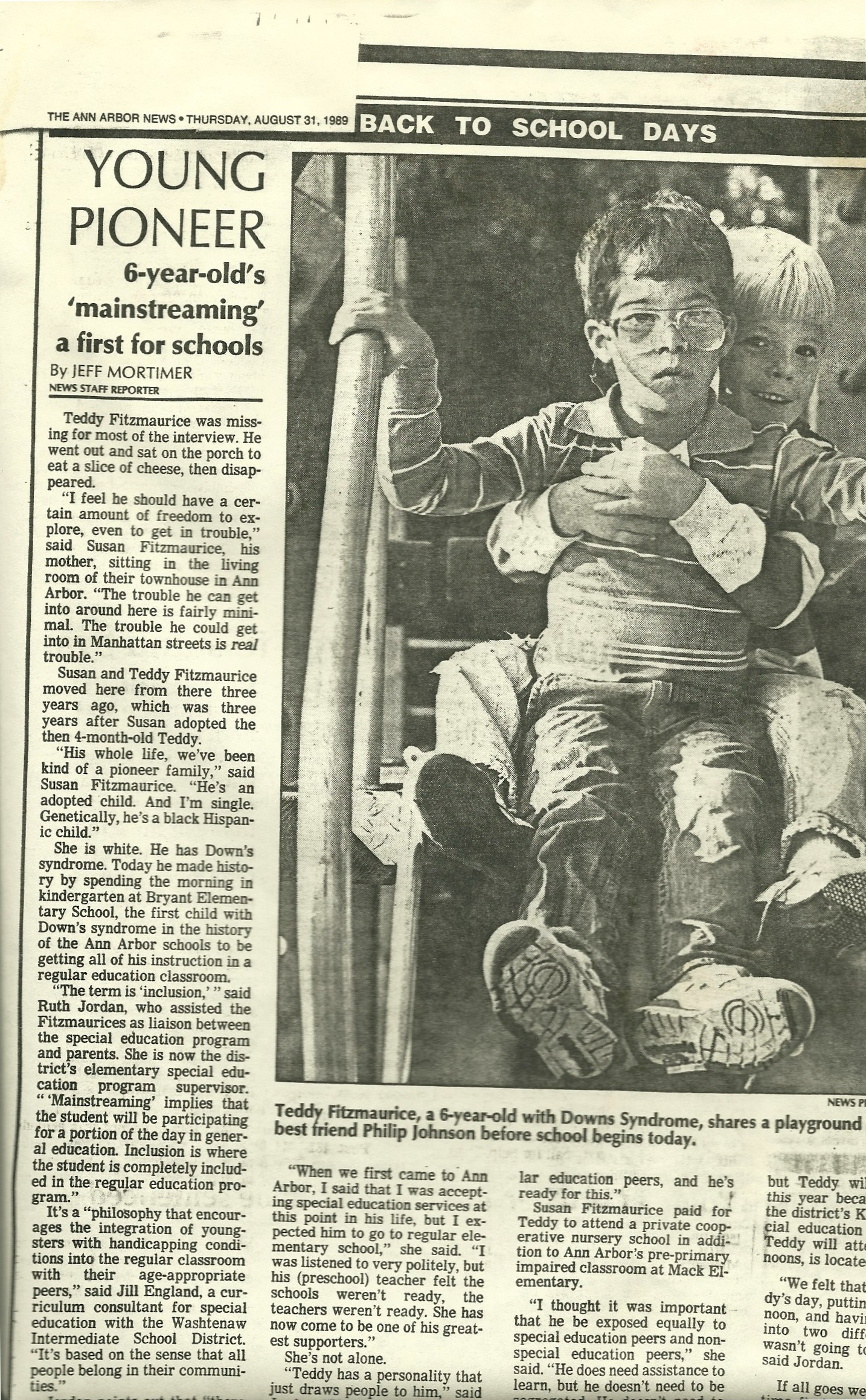 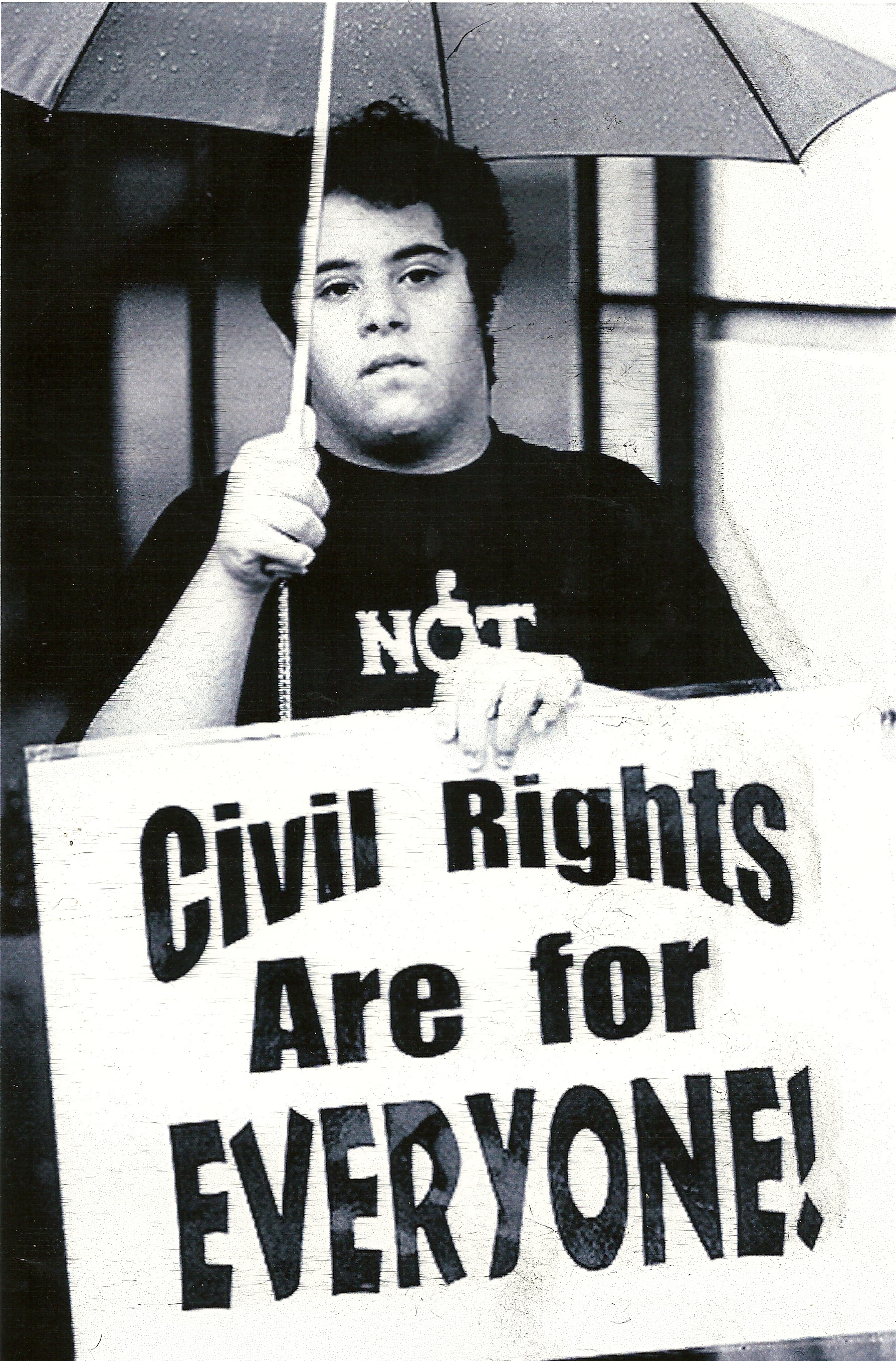 Teddy at 24 demonstrating on the US Capitol steps – he went to DC WITHOUT Me. This was his first time REALLY on his own – doesn’t look too worried. 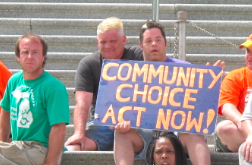 Photo of Teddy (Age 29) at cousin Rachael’s wedding taken this past December. He looks so old! 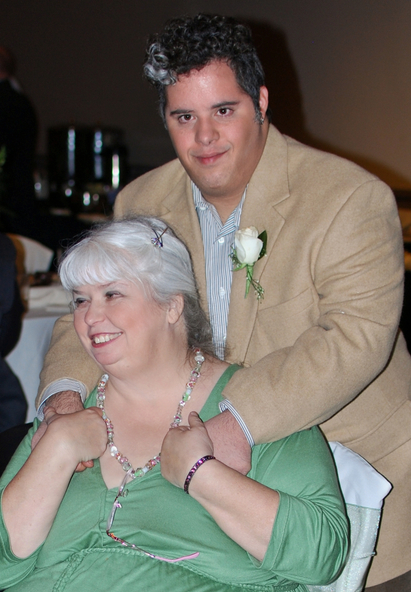